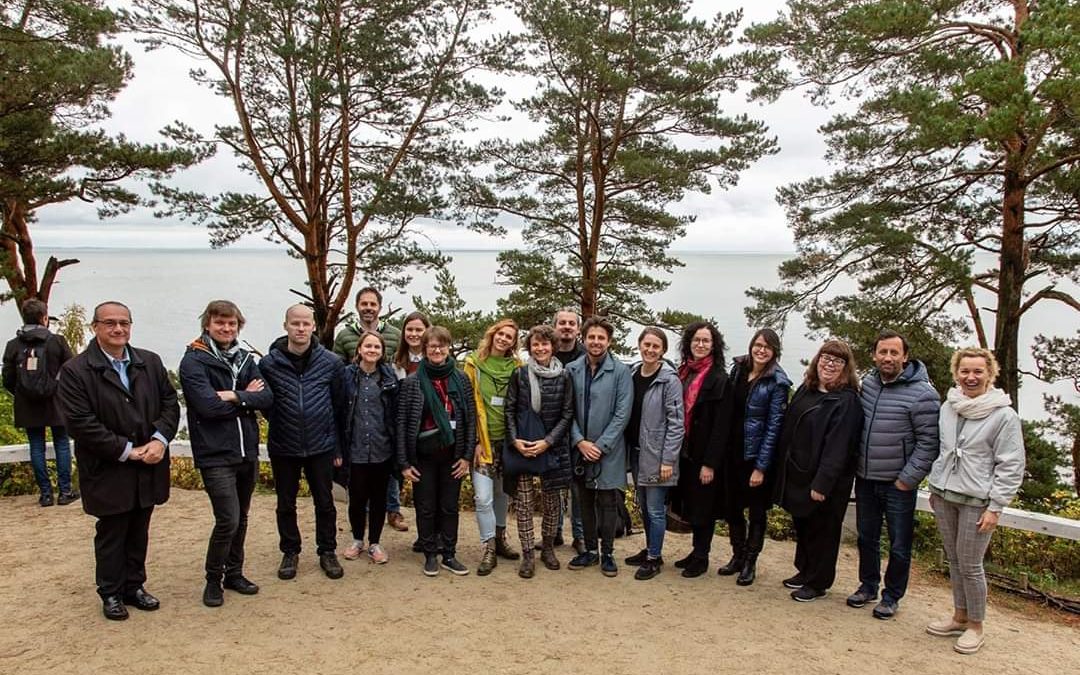 Culture Next, the candidate cities network, had its fifth meeting during September 25th and 29th in Lithuania.

The meeting took place in Klaipeda, Plunge and Neringa, the Lithuanian member cities of the network, and included exchange and collaboration sessions, meetings with cultural operators and public authorities, and various workshops.

Culture Next network grows, with each meeting, in numbers and actions. The meeting in Lithuania welcomed new cities in the network, but also established the grounds for the first concrete actions that the network commits to develop. We are very happy to see that a common voice has been set for cities who put every effort to put culture on the local agenda, and we are ready to taking this approach at the larger European level, says Corina Bucea, project manager of the Culture Next within Cluj Cultural Centre.

The key-note speaker of the event was Jordi Pardo, cultural projects manager specialised in urban interventions and heritage management, former jury member in the panel of the European Capital of Culture programme. His speech, open to the local public of Klaipeda, talked about culture as a driver of change, improving citizens’ wellbeing, boosting the economy and inducing innovation, creating more attractiveness and competitiveness for cities.

The results of the meeting

The representatives of the member cities agreed to create a common fund for culture and a guide for culture as sustainable development in cities.

The Culture Next Fund will be an innovative mechanism allowing member cities to bring resources together in order to support cultural and artistic projects which address culture as a transformative agent in European cities.

The guidelines for culture as sustainable development in cities include a list of concrete, actionable steps our cities are committing to take in order to make culture a key factor in our local development strategies.

The next network meeting will take place in March 2020 in Oulu, Finland – candidate city for the title of European Capital of Culture 2026. Until then, Culture Next is open to receive new members from former and current candidate cities.

Culture Next is a network founded in 2017 by ten European cities, current and former candidates to the European Capital of Culture title. The mission of the network is to support cities to implement culture-led urban development programmes and policies.

The network is open for any former or current candidate city for the title of European Capital of Culture which aims to develop and implement culture-led local development programmes and policies. 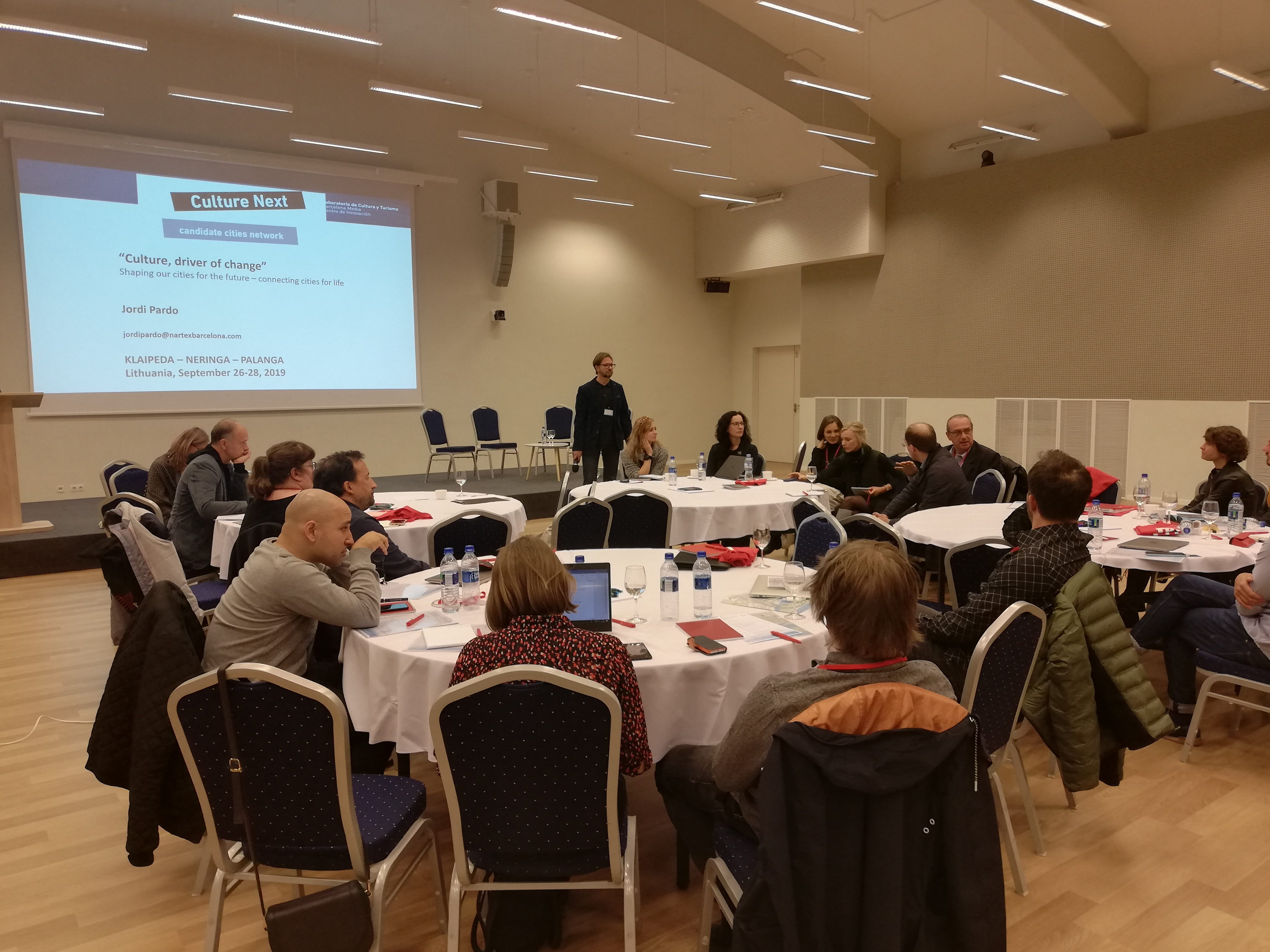 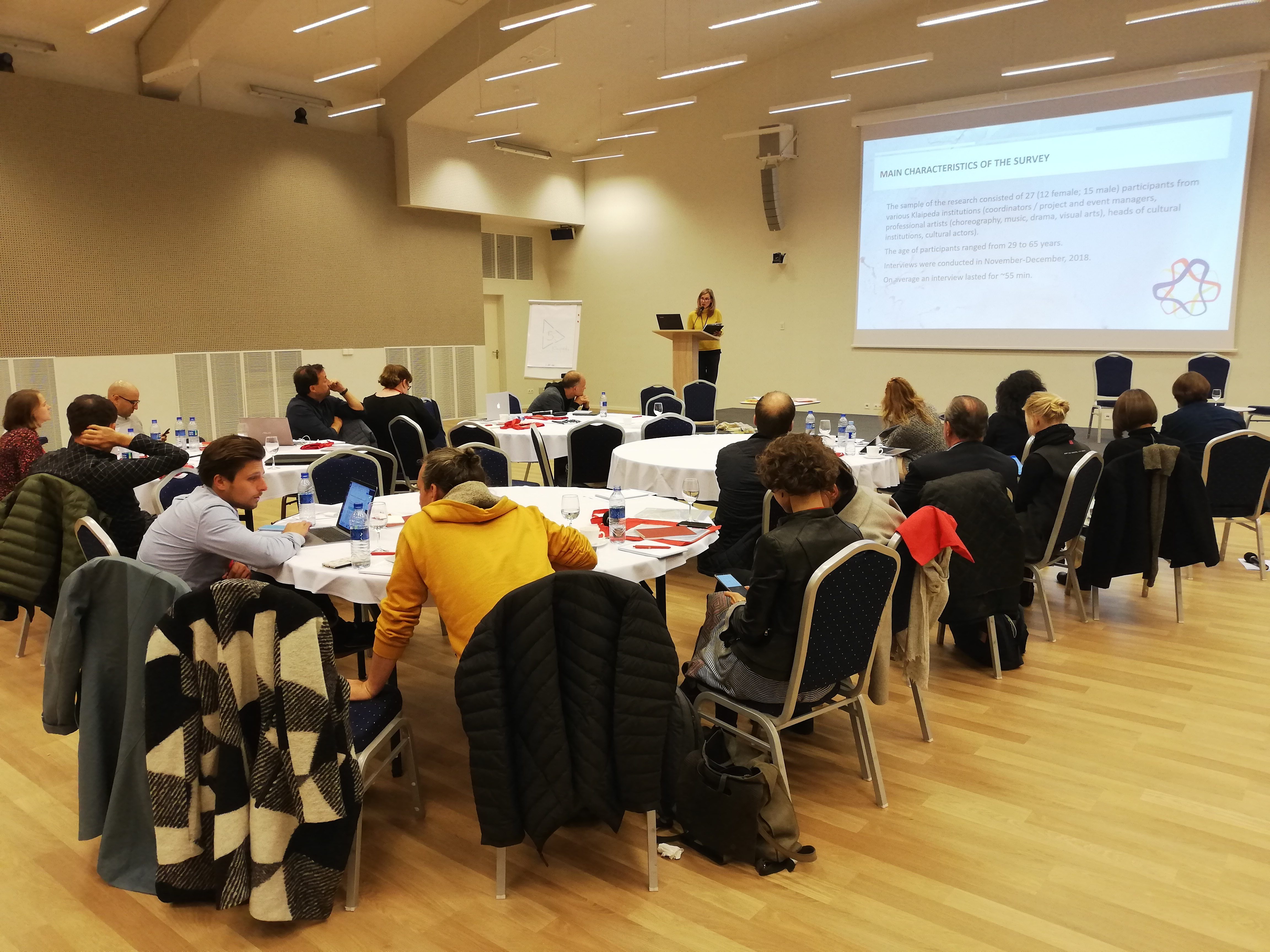 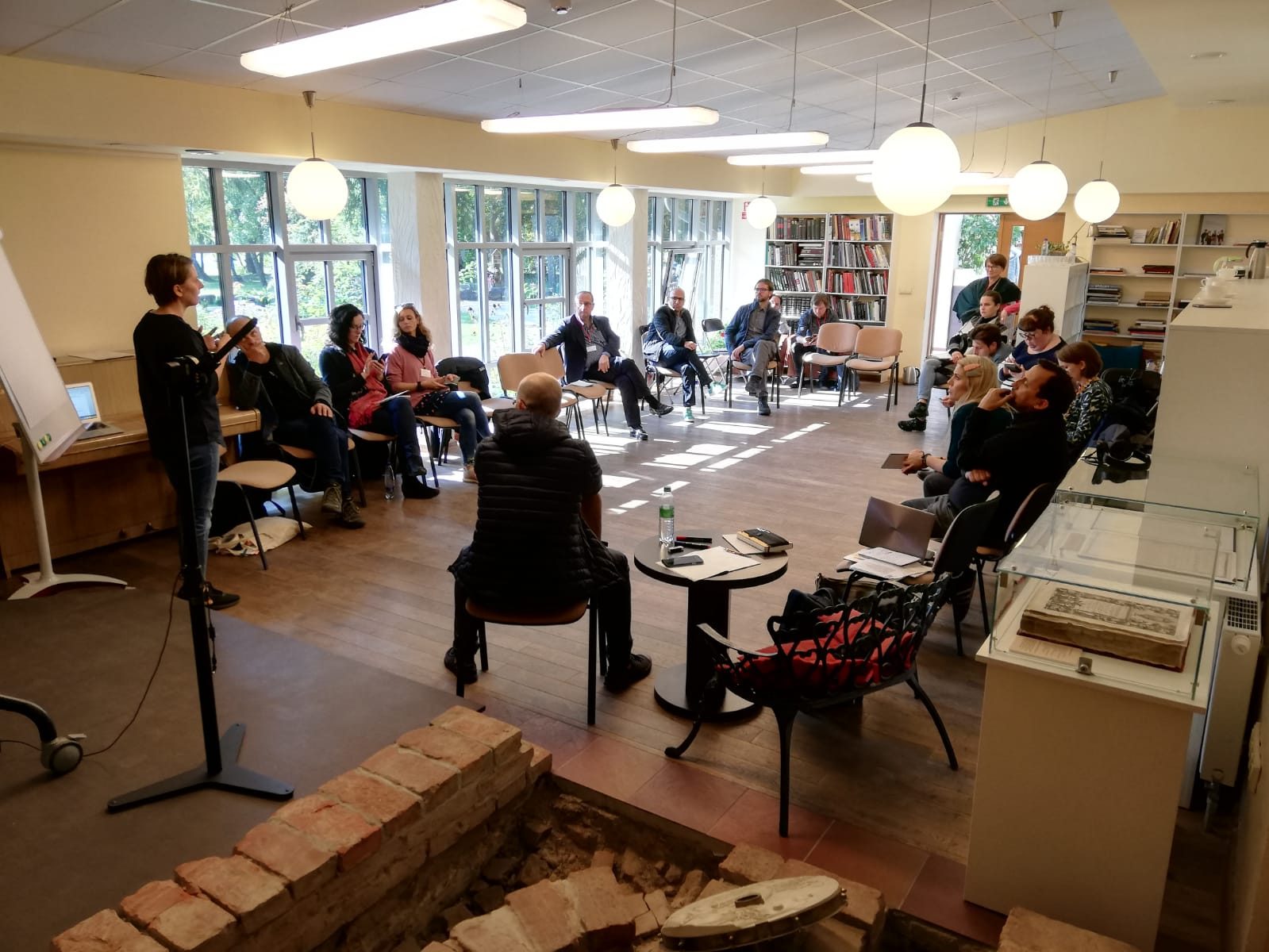 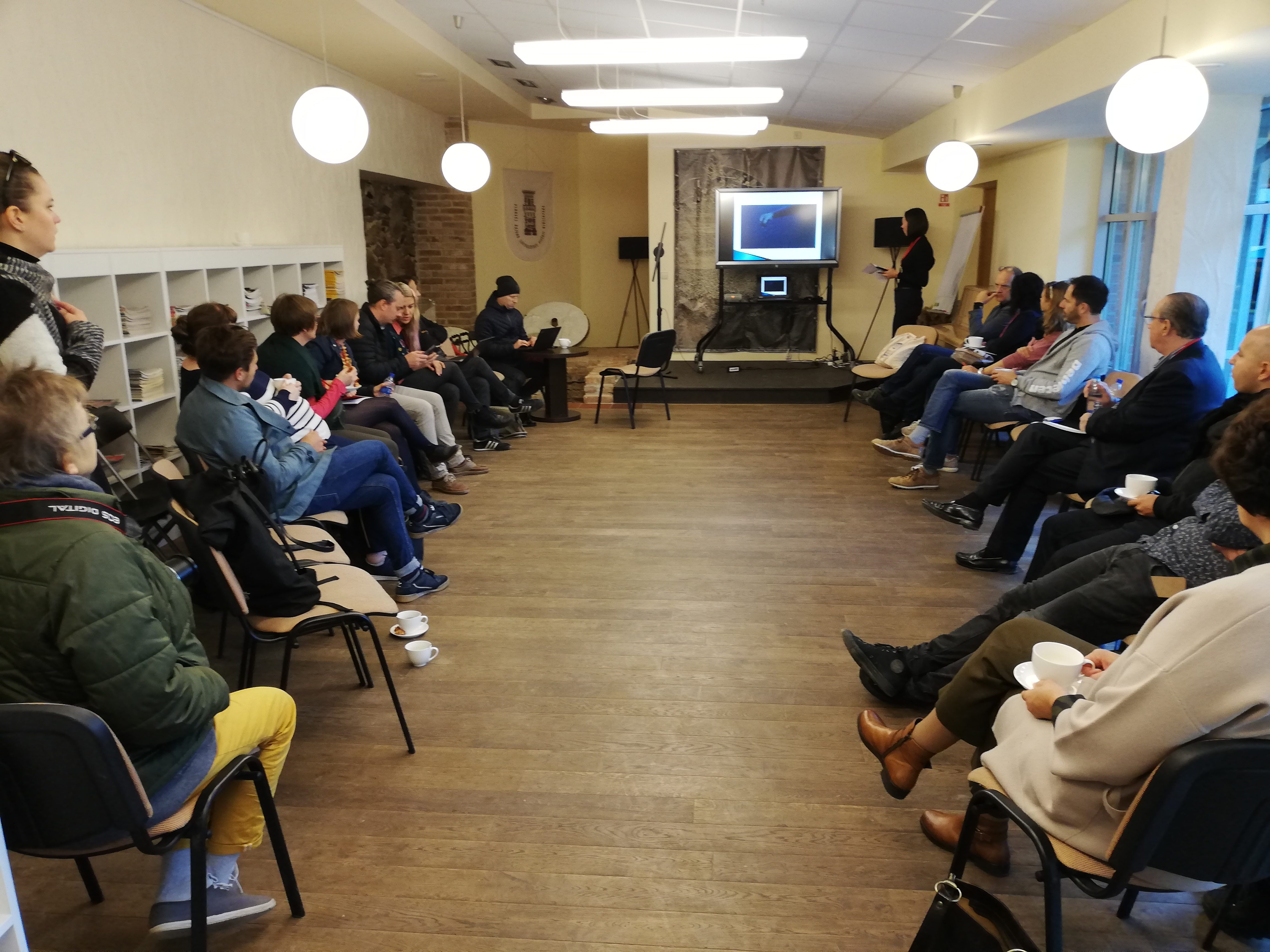 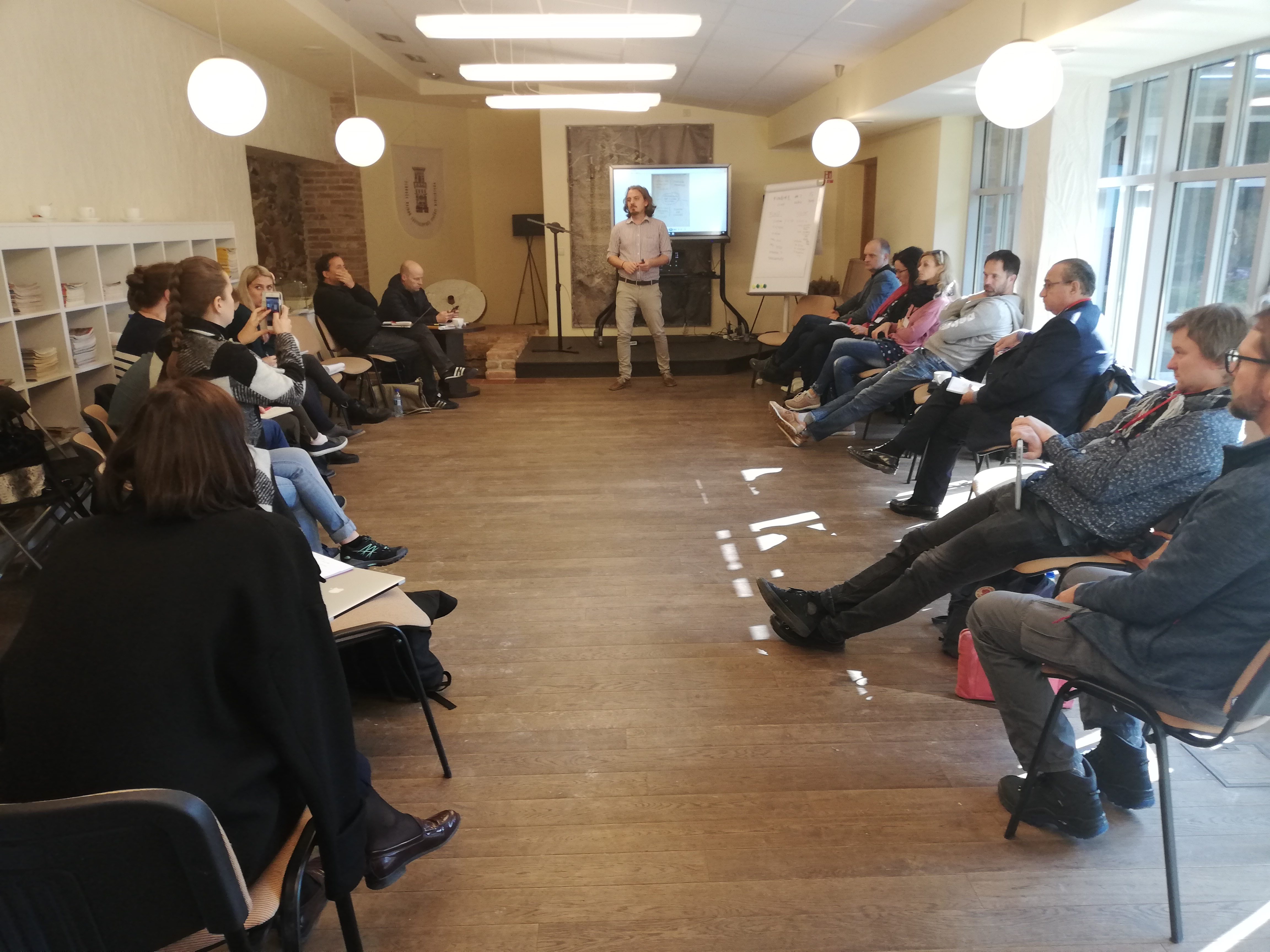 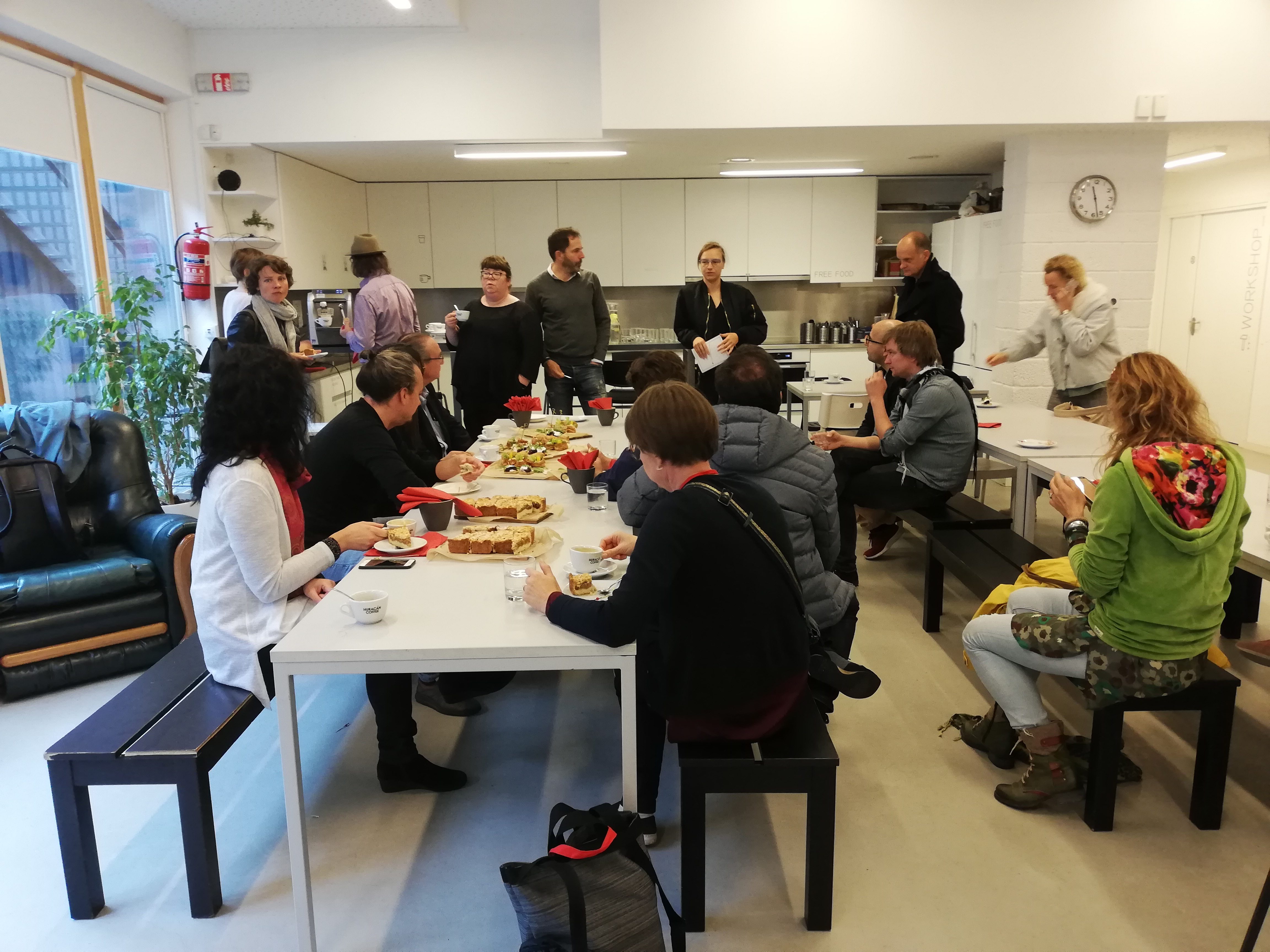 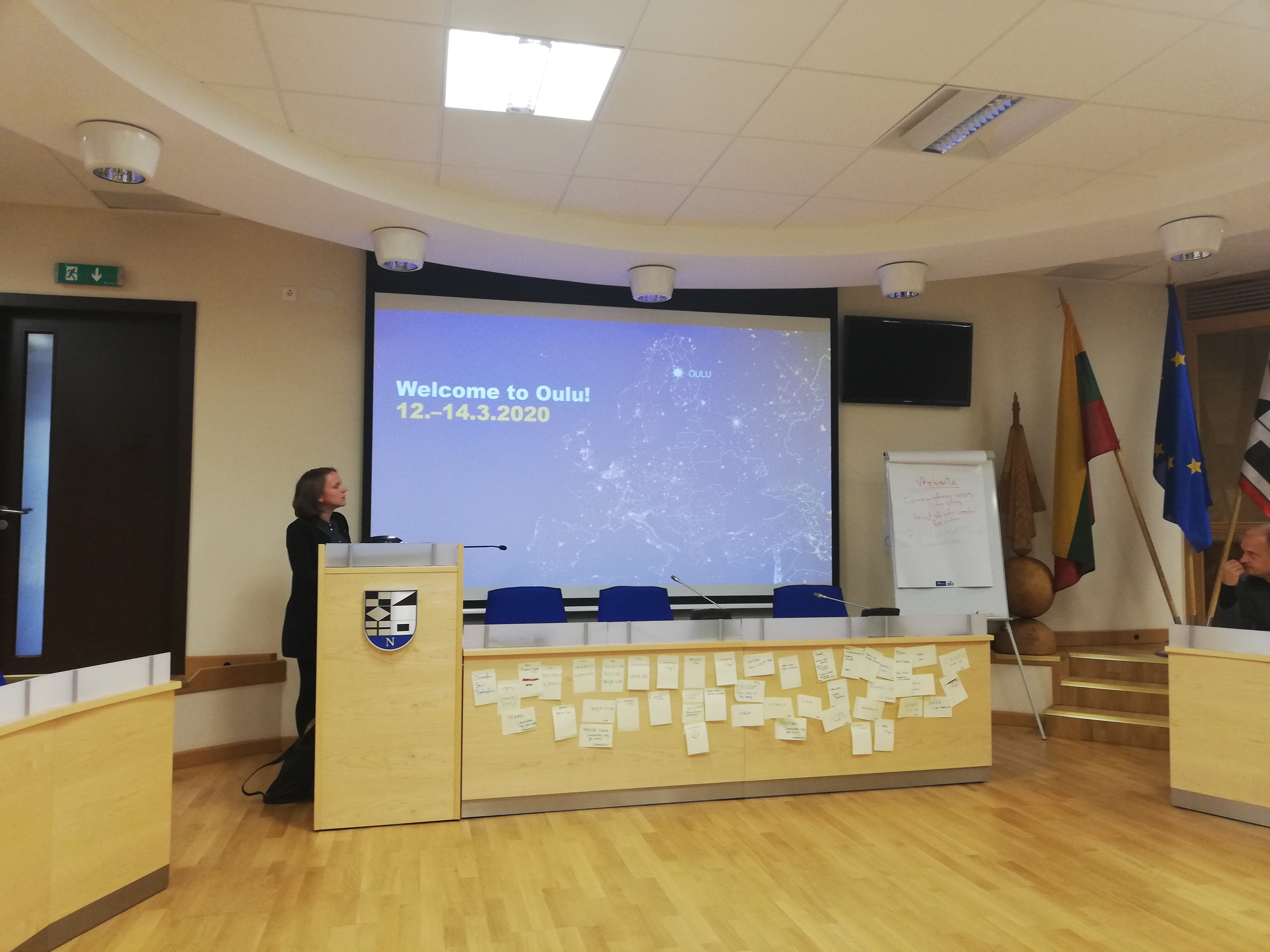 Day 3: Presentation from Oulu ECoC candidate for Finland in 2026 at Neringa Municipality Hall

Day 3: Presentation from Oulu ECoC candidate for Finland in 2026 at Neringa Municipality Hall