Home > 26 European cities present at the 8th Culture Next conference in Aveiro, Portugal

26 European cities present at the 8th Culture Next conference in Aveiro, Portugal 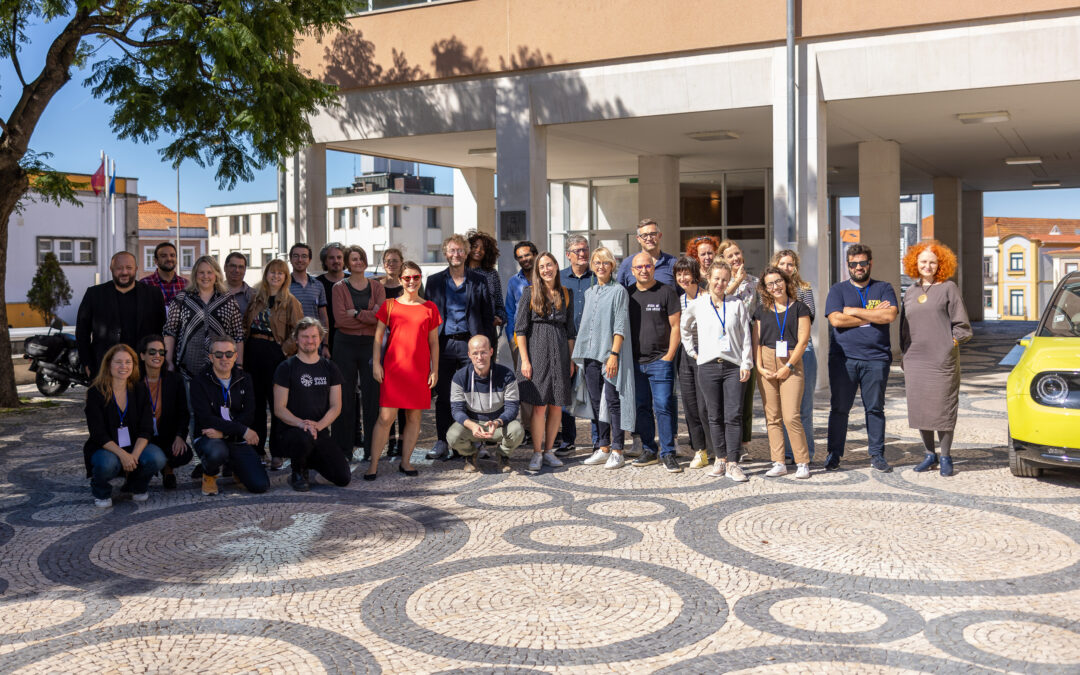 Culture Next Cities Network discussed plans for the next two years and agreed upon launching a new call for official membership. The call will be open to all current and former candidate cities for the title of European Capital of Culture.

The 8th Culture Next Conference was hosted in Aveiro, Portugal during October 12th and October 14th in the presence of representatives of 26 cities from 16 European countries. The conference was a space for inspiration and networking with the Aveiro cultural community, but also with the New European Bauhaus network, with the MESOC consortium for measurement of the social impact of culture, with the Culture Action Europe network team, and with the newly established EIT for Culture & Creativity.

Established in 2017, Culture Next Cities Network is dedicated to European Capital of Culture candidates, current or former, awarded or not. The network supports them to manage their cultural planning and implementation in a manner that is more sustainable, no matter if the cities are awarded the ECoC title or not. More details on culturenext.eu.

The Candidate Cities Network is expanding to 23 member cities

The calendar of the network includes two conferences every year, an internal mobility programme, three thematic working groups working on cultural issues, the elaboration of a cities guide to create cultural strategies for sustainable development and the implementation of a joint Cities Fund for Culture. Moreover, Culture Next is establishing a policy task force to bring a contribution to the European cultural agenda, including to the ECoC reform needed.

After years of activating informally, Culture Next is now working at increasing its capacity to accommodate and support more member cities to implement their ECoC programmes. A call for cities will be open starting from November the 1st to select 23 European cities, current or former ECoC candidates, as members of the network.

The network has established a Board of six representatives of the member cities, intercity teams working on joint initiatives and an extended Secretariat hosted in Cluj-Napoca to take care of all operations.

”Last week in Aveiro we shared an important moment in the history of Culture Next, with 26 cities coming together to discuss the future of the network and the ways in which we can support our cities’ sustainable development through culture. We are now ready to start a new chapter of our journey together and to welcome 23 European cities in our network”, says Ștefan Teișanu, Executive Director of the Cluj Cultural Centre and Secretary General of Culture Next.