Oulu is European Capital of Culture 2026! 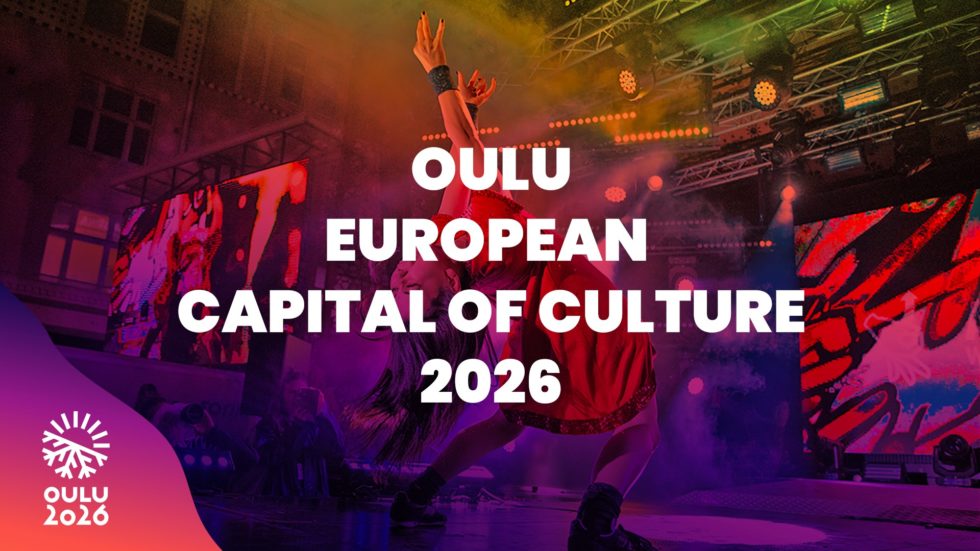 The Capital of Culture year will bring international visibility to both Northern and the whole of Finland’s culture that can change Finland into a permanent cultural destination. The Oulu2026 region is wide because Oulu has been joined by 32 Northern Finnish municipalities and cities that share a common history and future.

The main theme, Cultural Climate Change means combining and connecting different, even surprising, things together. Through the means of culture and art, people are brought together, interaction, as well as technology, are improved, and art and nature are connected in unforeseen ways. The main theme has three subthemes: Wild City, Cool Contrasts, and Brave Hinterland. Each theme begins with a wide scale international flagship.

There will be approximately 500 different projects. The Oulu2026 bid book showcases only a part of the final programme offering. Some projects will already begin work next year and continue their work for multiple years. In the upcoming years, it is again a time for new ideas and project calls.

The victory of Oulu will be celebrated together with the citizens on 8th August at Varjo-Piknik summer party in Oulu’s Kuusisaari.