Home > Culture Next Network Meeting in Faro, Portugal: 26 European cities launch the Cities Fund for Culture and the first Archive of European Capitals of Culture documents

Culture Next Network Meeting in Faro, Portugal: 26 European cities launch the Cities Fund for Culture and the first Archive of European Capitals of Culture documents 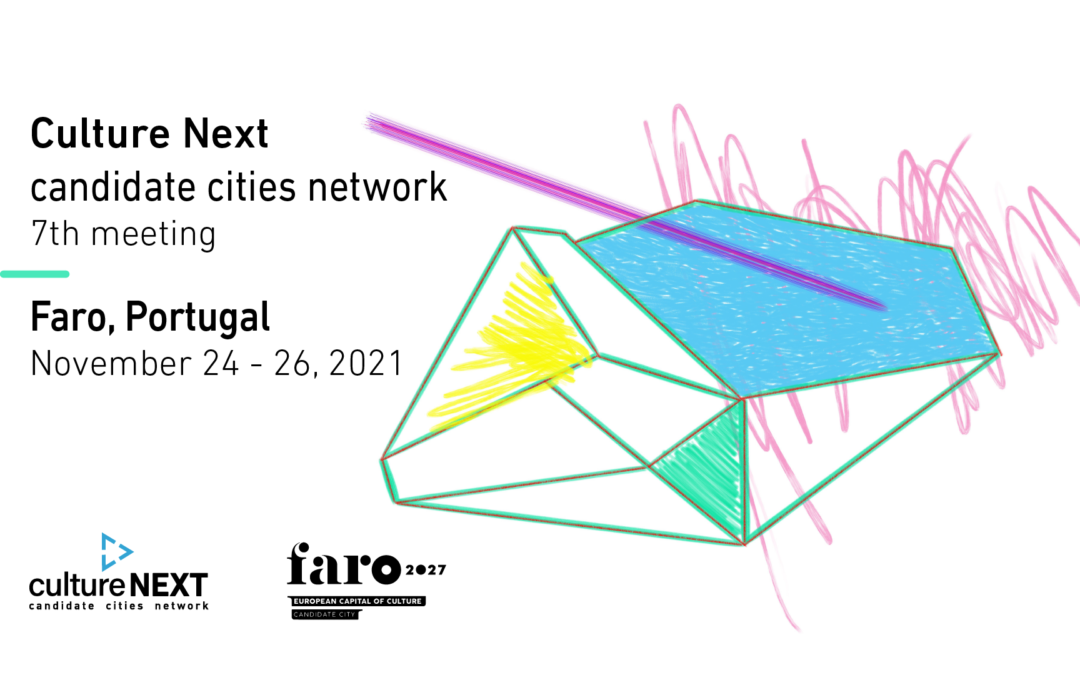 26 European cities gather in Faro, Portugal, on November 25th and 26th for a hybrid meeting of the Culture Next cities network.

”We are happy to meet again in person, after such a long time. The Faro meeting is an important milestone for our cities and, hopefully, for other European cities as well: we are launching the first Cities Fund for Culture and the first archive of ECoC-related official documents, and we are opening up a conversation about the new UNESCO Culture 2030 Indicators as a reference for culture-based sustainable development in our cities and countries”, says Ștefan Teișanu, Secretary General of the network.

The Cities Fund for Culture is designed and tested by Culture Next as an alternative financial mechanism, a bottom-up solution to complement the European Commission’s top-down funding structures. 10 European cities contribute with 2.000 euro each to a joint fund that would be offered, through an open call, to European artists interested in working together to share their Visions for Culture in a Sustainable Future.

The ECoC Archive is an extensive database with evaluation reports and bid books of the European Capitals of Culture starting from 1985 to present times. We are thankful to everyone who helped gather these materials and entrusted Culture Next with keeping them safe and making them accessible to the general public.

Culture and the Sustainable Development Goals is the main topic of the Culture Next Faro meeting, with an agenda that includes several workshops and debates on the topic. On the first day of the meeting, Mr. Jyoti Hosagrahar, the Deputy Director of the UNESCO’s World Heritage Centre, will deliver a keynote speech to present UNESCO’s vision on the subject and the UNESCO Culture 2030 Indicators methodology.

”We are delighted to host this Culture Next meeting in Faro. Alongside with other Portuguese cities, we have just submitted our first bid for the European Capital of Culture title in 2027. Our ambition, shared with the other member cities of Culture Next, is to implement our cultural programme no matter of the final result of the competition and, even more, to support other European cities in doing so”, says Bruno Inacio, Head of Culture in the City of Faro.

All keynote speeches and main debated of the Culture Next meeting will be livestreamed on the network’s Facebook page: www.facebook.com/culturenextnetwork. The full agenda of the event and all details regarding the Cities Fund for Culture and the ECoC Archive will be available on the network’s website: www.culturenext.eu.